Just a bit north of Lancaster is a sweet little restaurant called the Tomato Pie Cafe. They not only make the most fabulous version of their namesake, but are responsible for some of the tastiest milkshakes and desserts in Lancaster County! Needless to say, no one has to twist my arm to get me in their door. :) Here, I had Tomato Pie for the first time and have never looked back. Ha! As we wind up summer and the last few batches of local heirloom tomatoes (I used yellow and red in this recipe), I have been trying to get creative in using them up, and though it isn’t quite the same as the infamous Cafe’s, this version hit the spot! Not to mention, capturing everything delicious about summertime in one dish! Just as it was originally served to me, we enjoyed this with a greens salad tossed with a lemony vinaigrette. Mmmm! 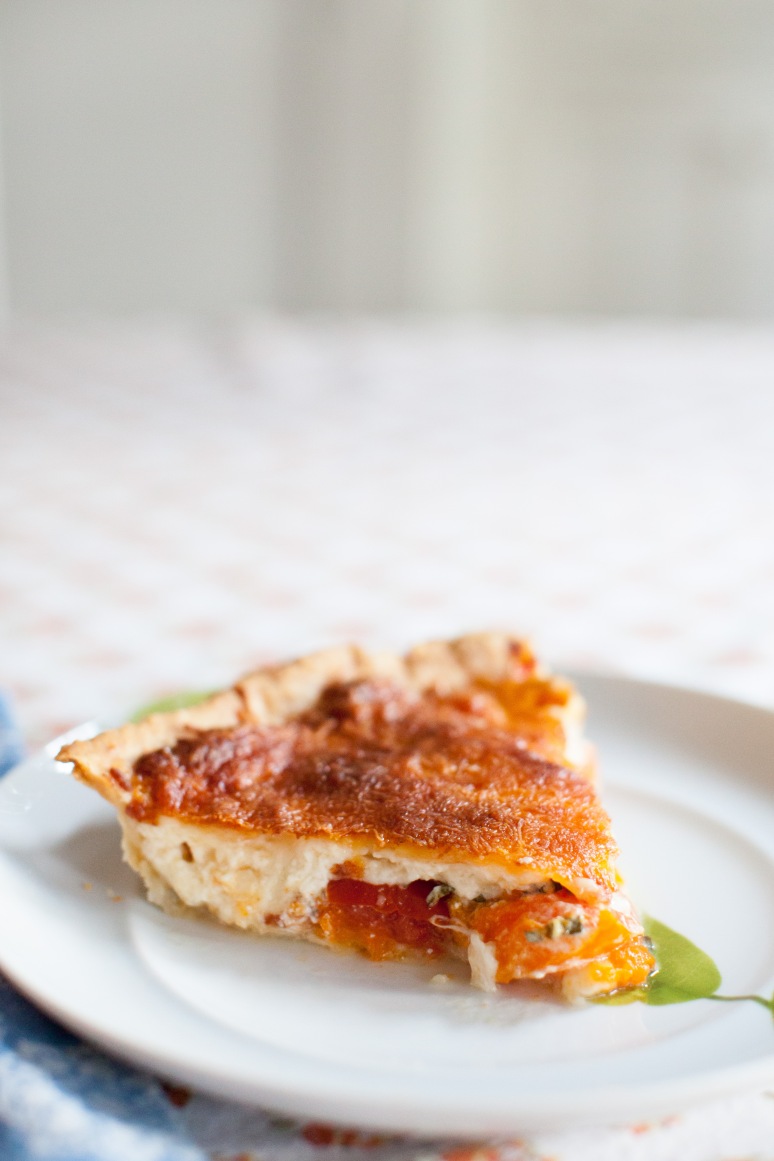 1.) Preheat oven to 350°F. Place pie shell in oven and cook for 8-10 minutes or longer until lightly golden, or follow cooking directions from your chosen recipe. (If you are starting with a frozen crust, you’ll probably need to cook it a little longer.)

2.) Saute chopped onion in a tablespoon or two of good olive oil until soft and caramelized (You can do this while preparing rest of the pie! :))

2.) Squeeze as much moisture as you can out of the chopped tomatoes, using either paper towels, a clean dish towel, or a potato ricer.

3.) Sprinkle the bottom of the pre-cooked pie shell with caramelized onion. Spread the chopped tomatoes over the onions. Sprinkle the sliced basil over the tomatoes. Top it all with your desired amount of dried oregano!

4.) In a medium bowl, mix together the grated cheese, mayonnaise, a sprinkling of salt (Be careful to not add too much depending on what cheese you use! Parmesan is already very salty!) and freshly ground black pepper. The mixture should be the consistency of a gooey snow ball. Spread the cheese mixture over the tomatoes.

5.) Place in oven and bake until browned and bubbly, anywhere from 25 to 45 minutes.

Recipe based on: Simply Recipes